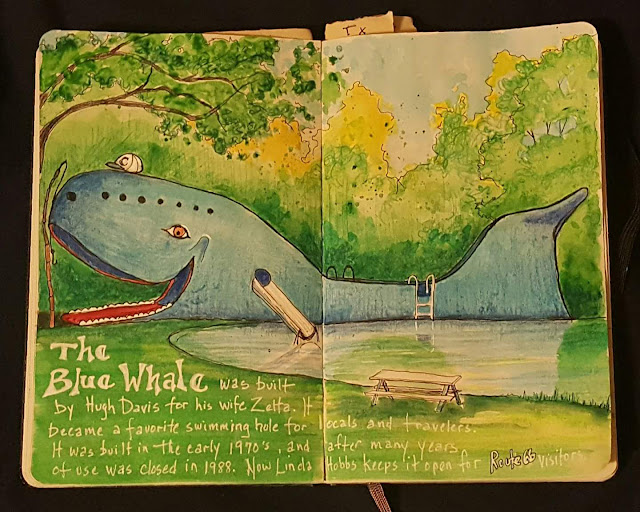 Here are a few more pages from my Route 66 Moleskine travel journal. This is the Blue Whale in Catoosa, OK. It's one of my favorite stops on Route 66! It was a popular swimming hole for years, and at one time there was also a small zoo with a large ark.  It's still a great stop today! 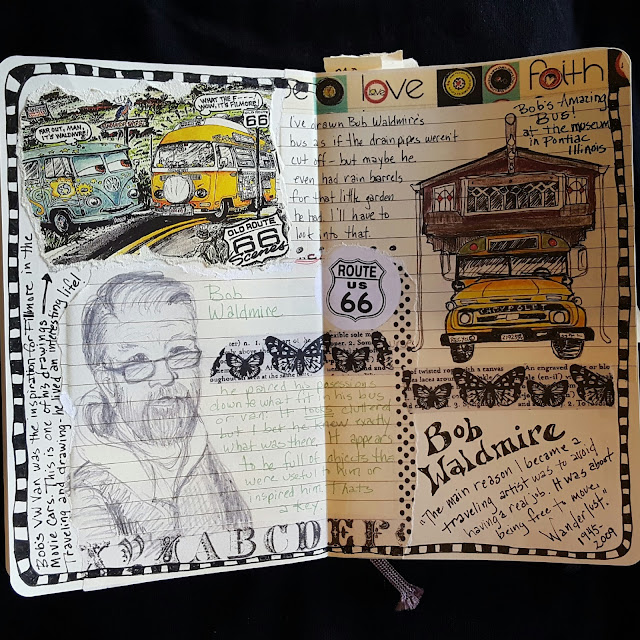 This page is about Bob Waldmire. and all the exhibits about him in Pontiac, IL. I love sketching the school bus he turned in to a winter home...he parked it in Hackberry, Arizona and stayed there in the winters. Bob and his VW Van was the inspiration for the Fillmore character in the movie "Cars." You can learn all about him at the Illinois Route 66 Museum and Hall of Fame in Pontiac, Illinois.

On this page, I used some drawings I'd made before in another book. I'm trying to corral all the 66 pages in one place so I copied them and rearranged a bit and came up with this page. I also included the drawing Bob made of his van and Fillmore meeting up somewhere on Route 66. 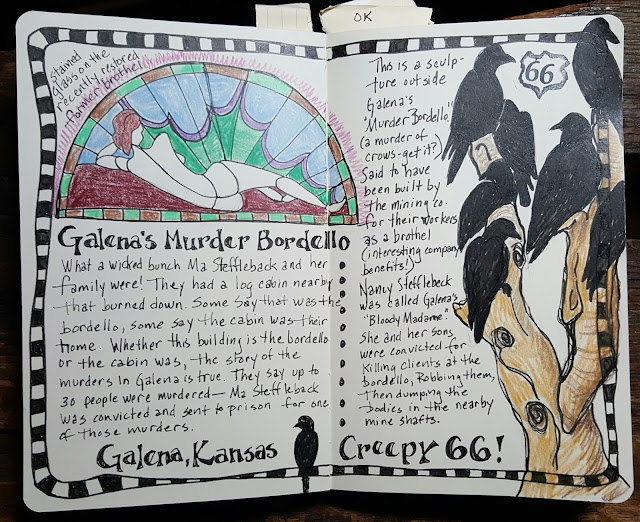 Only a little more than 13 miles of Route 66 is in Kansas, but it's a pretty cool 13 miles! This is the story of a Bordello and madame in Galena, Texas. She was convicted of murdering a miner, and it was suspected that many of the other missing miners may have met the same fate. Very creepy story! 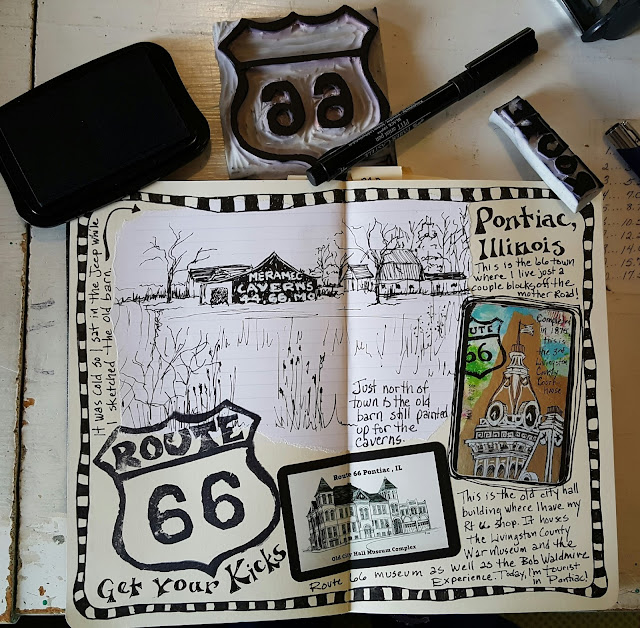 Here's another Pontiac, Illinois page. Since I live here, and own the gift shop at the museum, I have drawn quite a few sights here. The sketch is one I made from my car over the winter. There is a nice place to pull off and look at the barn with it's advertising of Meramec Caverns. I used a sticker of my drawing of the Old City Hall in Pontiac, IL.  It houses the Route 66 Museum, the Livingston County War Museum, and the Bob Waldmire Experience. Also included is a sticker made from my drawing of the Livingston County Courthouse in Pontiac. I have a rather crudely carved stamp I made and I use it often for Journal pages and other Route 66 artwork I make. 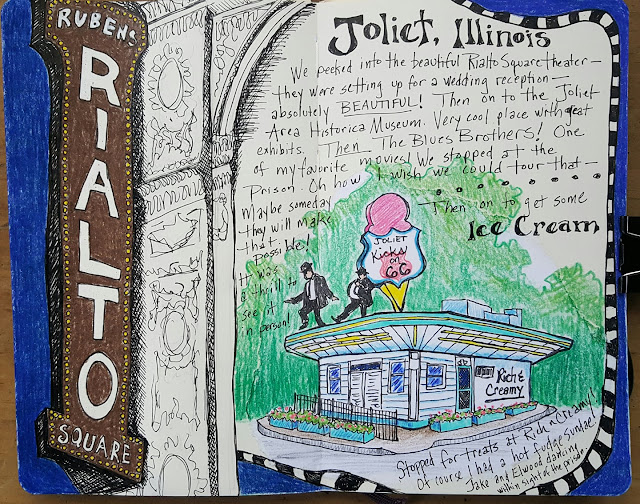 I'm working on a Joliet project right now, so you will see quite a few more drawings about Joliet that will be used in the finished project. This little pen and ink of Rich and Creamy will reappear in that project too. I copied the pen and ink drawing I made months ago, and added colored pencil and glued it to the page. 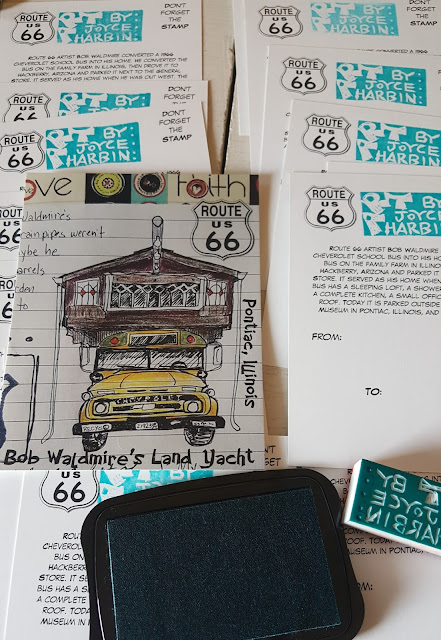 I created a new postcard for the shop by using a close up of a page of my Route 66 travel journal. I used the computer to add in the town and to identify the bus as Bob Waldmire's land yacht and to add a Route 66 shield. I like how it turned out, except that yesterday I realized I forgot to put a signature or a line to identify myself as the artist. I ordered 500 of these and they only sell for 50 cents, so I sure didn't want to sign them all by hand. So, today I got out the carving tools and made a little stamp to fit in a space on the back. I am a very inexperienced stamp carver and it shows, but I still like the handmade look of it. I used Vistaprint to make these using their standard paper. 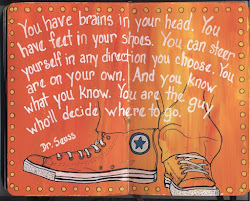